I am embarrassed to say we have lived with smelly workout clothes for well over a year now. Andrew would often comment about how he just needs to throw some of his shirts away because they smelled so bad…but he couldn’t bring himself to do it. He is frugal by nature, one of the many things I love about him.

Our favorite workout clothes continued to smell like an old smelly gym even after many washings using different temperatures of water, detergents, fabric softeners. You name it, we had tried it. Getting the bad smell out of workout clothes seemed to be hopeless.

The Magical Solution for Getting Bad Smell Out of Workout Clothes Was Discovered!

Getting Rid of the Bad Smell from Workout Clothes

When I say magic, that is what it seems to be. It works exactly like advertised on the deFunkit package. We rounded up everyone’s smelly gym clothes to try this laundry detergent we had high hopes for.

The instructions were very well laid out and easy to follow.

There were 3 individual packets included, all to be used with 1 load. There are 2 difference instructions – 1 for top loaders, the other for front loaders. I have a top loader, so the following steps are for the top loader.

The first packet is sprinkled on top of the clothes prior to starting the wash. Wash on the regular cycle, completely.

After the cycle finishes, the load is ready for steps 2 & 3.

For the next steps, leave the clothes in the washer. Sprinkle packet #2 over the clothes and start another regular cycle. Pause the washer once it fills with water.

Open packet #3 and pour directly into the water. Start the washer again and allow it to wash completely.

Once it has finished washing, dry the clothes either by air dry or in the dryer as normal.

I immediately handed a shirt to Andrew for the smell test. So far so good. The real test is after he has worked out in it…that’s when he would say the old odors would be the worst.

The deFunkit will get out odors other than workout odors. Also, it protects the clothes for many uses and washes after to keep them smelling fresh!

The packet can be purchased at Amazon for $20.00 plus tax and shipping. Definitely worth having in your laundry room for those smelly clothes from time to time.

Order some today and let me know how well it works for your workout clothes!

This site uses Akismet to reduce spam. Learn how your comment data is processed. 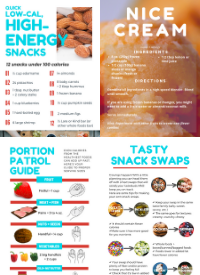 Awesome! Check your inbox to download your guide now! (Be sure to check your spam folder if you don't see it in your inbox)